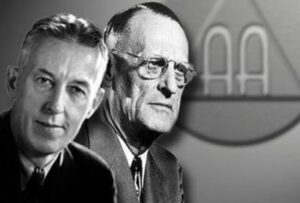 “It must never be forgotten that the purpose of Alcoholics Anonymous is to sober up alcoholics. There is no religious or spiritual requirement for membership. No demands are made on anyone. An experience is offered which members may accept or reject. That is up to them.

Alcoholics Anonymous is one of the most renowned organizations that exist to help individuals recover from alcoholism.  Millions have benefited from the programs and weekly meetings, and AA has influenced countless other programs, , and those that work with alcoholics.
What may not be so well-known, however, is the history of AA and the events that have occurred to make the organization what it is today.

Alcoholics Anonymous was created in 1935 by recovering alcoholic Bill Wilson.  Wilson had been failing at his Wall Street career because his drinking was so out of hand that he was admitted into the hospital a number of times.  Friends tried to help Bill, including his childhood drinking buddy, Ebby Thacher.  Ebby had found sobriety through the Christian movement, called the Oxford Group, and he firmly believed it changed his life.

Dr. William Duncan Silkworth of the Towns Hospital in New York City also influenced Bill Wilson with religion, saying that alcoholism is a disease and that only God can cure it.  With a newfound relationship of his own with God, Wilson was able to finally quit drinking for good.

Even though he was sober, the temptation for alcohol was still strong.  Wilson, on a trip to Akron, Ohio in 1935, met Dr. Bob Smith, another recovering alcoholic, and sought him out for support. Shortly after that trip, Wilson and Smith co-founded AA.  It started small at first, and the two helped about 40 alcoholics during the first two years, working tirelessly with them in their sobriety and also their relationship with God.  The organization operated out of people’s homes, and alcoholics often found themselves living for a time with Wilson

The Big Book was written by Bill W.—and first published in 1939. The Big Book laid the foundation for the 12-step movement that revolutionized addiction treatment and helped millions of people get and stay sober. With more than 37 million copies sold, the Big Book is one of the bestselling works of all time. It has been translated into 43 languages and was named by the Library of Congress in 2012 as one of the 88 “Books that Shaped America.” 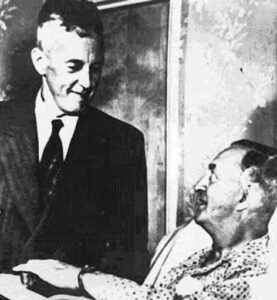 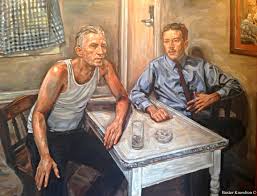 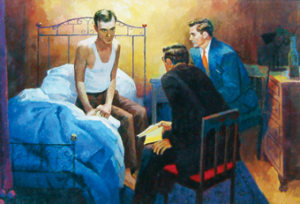 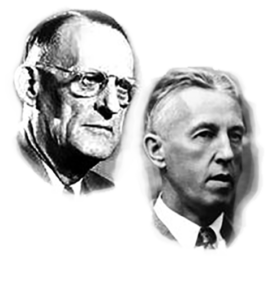 A Brief History of A.A.

June 1935
The first A.A. group was struck at Akron, Ohio during a talk between a New York stockbroker and an Akron physician.
End of 1935
The broker had been relieved of his drink obsession by a sudden spiritual experience, following a meeting with an alcoholic friend who had been in contact with the Oxford Groups.
1939
A.A. Established, by the end of the year there were 800 members

The Twelve Steps of Recovery

Step 1:
We admitted we were powerless over alcohol—that our lives had become unmanageable.
Step 2:
Came to believe that a Power greater than ourselves could restore us to sanity.
Step 3:
Made a decision to turn our will and our lives over to the care of God as we understood Him.
Step 4:
Made a searching and fearless moral inventory of ourselves.
Step 5:
Admitted to God, to ourselves, and to another human being the exact nature of our wrongs.
Step 6:
Were entirely ready to have God remove all these defects of character.
Step 7:
Humbly asked Him to remove our shortcomings.
Step 8:
Made a list of all persons we had harmed, and became willing to make amends to them all.
Step 9:
Made direct amends to such people wherever possible, except when to do so would injure them or others.
Step 10:
Continued to take personal inventory and when we were wrong promptly admitted it.
Step 11:
Sought through prayer and meditation to improve our conscious contact with God, as we understood Him, praying only for knowledge of His will for us and the power to carry that out.
Step 12:
Having had a spiritual awakening as the result of these Steps, we tried to carry this message to alcoholics, and to practice these principles in all our affairs.